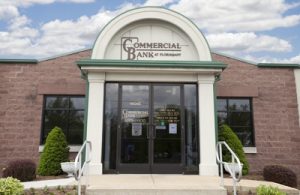 The bank’s continued success generated a desire to extend its exceptional services to a third location in 2005 in the Chesterfield Valley location following the lead of the first two, with a commitment to provide friendly, personalized customer service.

Most recently, a fourth location opened in 2014 at the corner of Mason and Manchester Road.