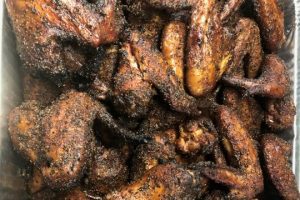 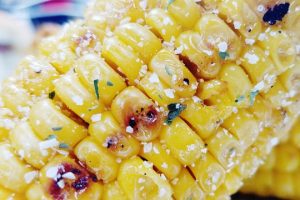 Bob Mannecke and his wife Holly, launched Mann Meats out of a converted school bus just over a year ago in 2018. The idea of moving to a permanent space surfaced during Thanksgiving, when he took holiday catering orders for brisket.

“Within a few days, we sold 15 or 20 briskets for Thanksgiving, but my commissary was closed for the holidays,” he said. “So I started looking to partner with other restaurants.”

He didn’t expect to open his own brick-and-mortar a couple months later, but ultimately decided it’d be better for his brand to stay independent. When the landlord of the St. Ferdinand Street property contacted him, Mannecke jumped on the opportunity.

“He called me at 9,” Mannecke said. “We met at 11, sat there until 1 and saw how many people drove through the parking lot looking for lunch.”

Frequent features among Mannecke’s rotating menu will include smoked brisket, bratwursts and hamburgers featuring his signature spice blend and Fork Steak, a slow-smoked, thick-cut pork steak he said he will replace if a customer needs a knife.

Mannecke said he neighboring Helfer’s Pastries and Deli Café will provide his bread, and a local butcher shop will make his custom brats and burgers.