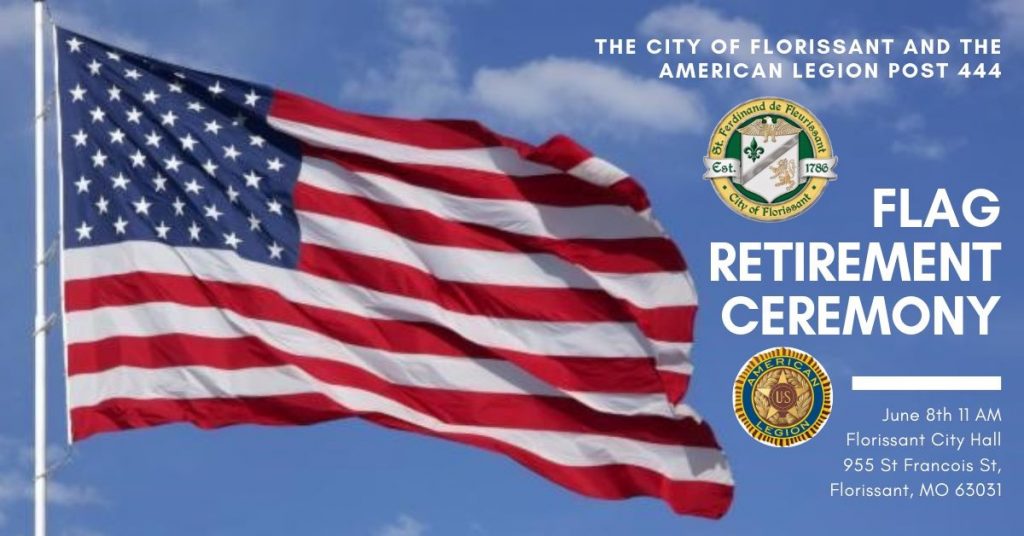 Mayor Timothy Lowery is pleased to announce that on Saturday, June 8th the American Legion Post 444 and the City of Florissant will host a Flag Retirement Ceremony that will be held in the front of Florissant City Hall starting at 11:00 a.m. The event is open to the patriotic Florissant community to attend.

If anyone has a flag that needs recycling, there is a flag retirement box that was donated by the American Legion Post 444 that is inside City Hall in the vestibule area by the rear entrance.