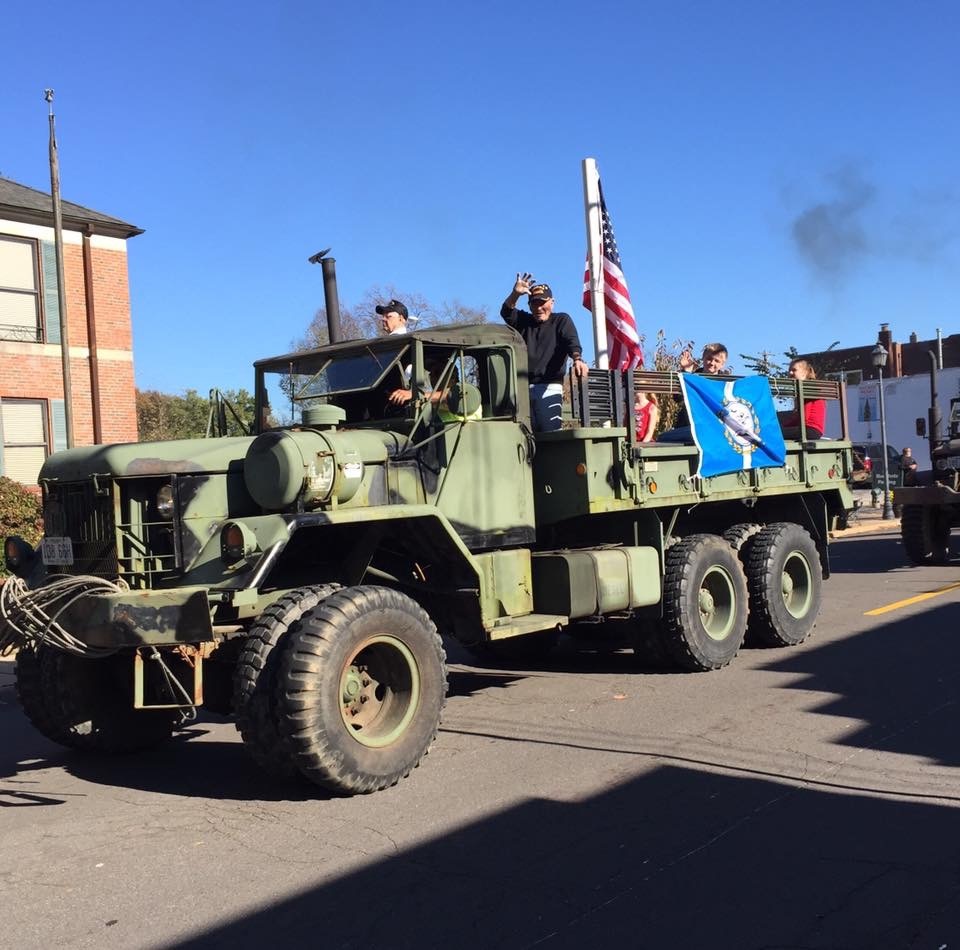 Parade participants will assemble and start the parade at Bangert Park and precede North on Florissant Road and then turn left on St. Francois and end the parade at VFW 4105 where the ceremony will take place to honor the 2019 Veteran of the Year.

Tony Colombo from FM News Talk 97.1 will be the Emcee. The Guest Speaker will be Carl A. Hargus who served in the United States Army retiring from active duty in 1980. His last assignment was a Sergeant Major and Career Counselor Supervisor for HQ III Corps and Fort Hood, Texas. Sergeant Major Hargus was awarded numerous decorations including the Purple Heart, The Bronze Star, Meritorious Service Medal, Combat Infantryman’s Badge, Vietnam Service Medal with 12 campaign stars and many more.  After retiring from the military, Carl served as a Veterans Service Officer with the Missouri Veterans Commission, retiring as Director of the Service Officer program in July 2002.

Lewis G. Bouwman II has been named the 2019 Veteran of Year. He entered active duty in January of 1994 and was stationed at Fort Campbell in Kentucky.  He was assigned to the 101st Airborne Division as an Infantryman with the 327th Infantry Regiment. He completed Air Assault School and Jungle Warfare School at Fort Sherman in Panama where he earned an Expert Infantry Badge.

He was deployed in 2007 to Afghanistan for Operation Enduring Freedom. He was a Squad Leader and Convoy Commander with over 200 combat missions. He has received numerous awards including Army Commendation Medals and the Combat Action Badge. He retired from military service in 2010.

This event was the suggestion of Mr. Norman Sirna, a member of the Veterans’ Commission. Mayor Lowery and the City Council invite everyone to bring their children/grandchildren to this event and salute the men and women who have and continue to serve this great country in Army, Air Force, Navy, Marines and Coast Guard.