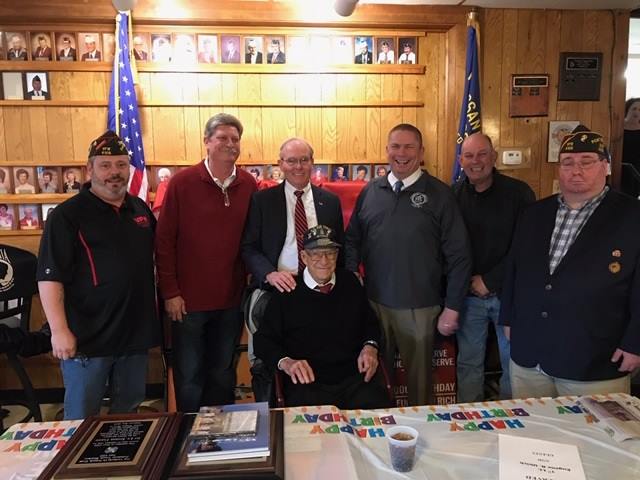 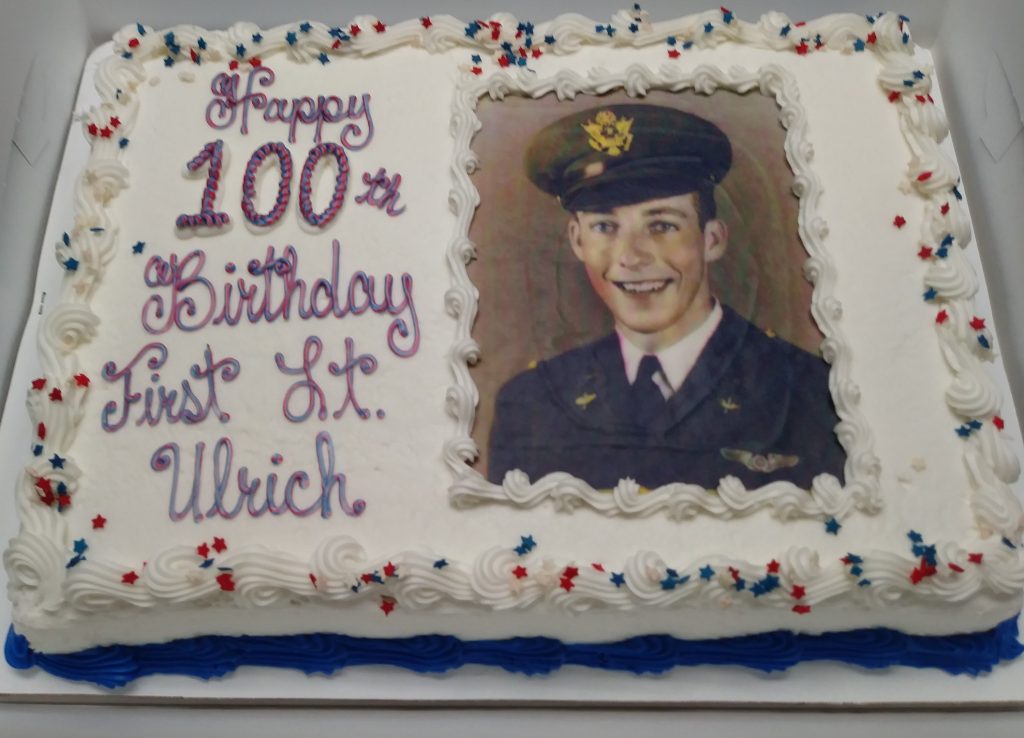 On Sunday, February 10th, VFW Post 4105 member First Lt. Eugene Ulrich was being honored for his acts of heroism and the contributions he made to our great nation during World War II and after. First Lt. Ulrich was also celebrating his 100th birthday which fell on February 7th.

He was presented a resolution from Missouri State Representative Gretchen Bangert’s office, a proclamation from Florissant Mayor Tom Schneider and awards from VFW Post 4105 and from Friends of Veterans – Florissant.  VFW Post 4105 Ladies Auxiliary and Reverend John Clark Chapter of the Daughters of the American Revolution, friends and family were also in attendance. 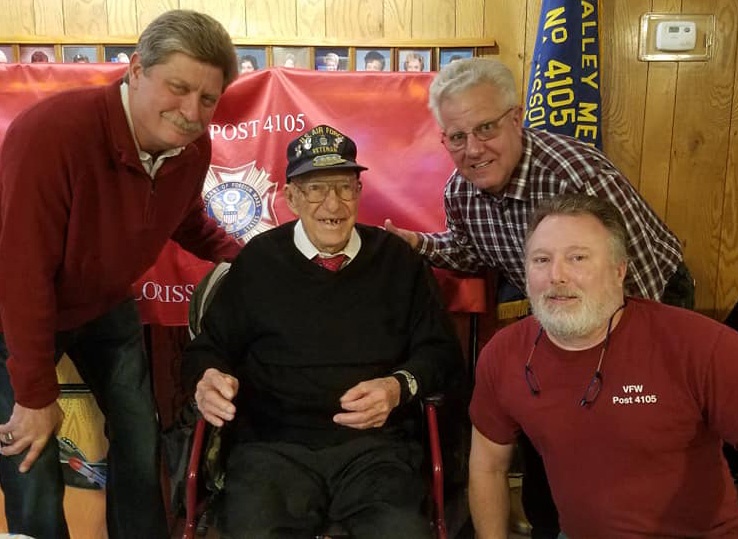