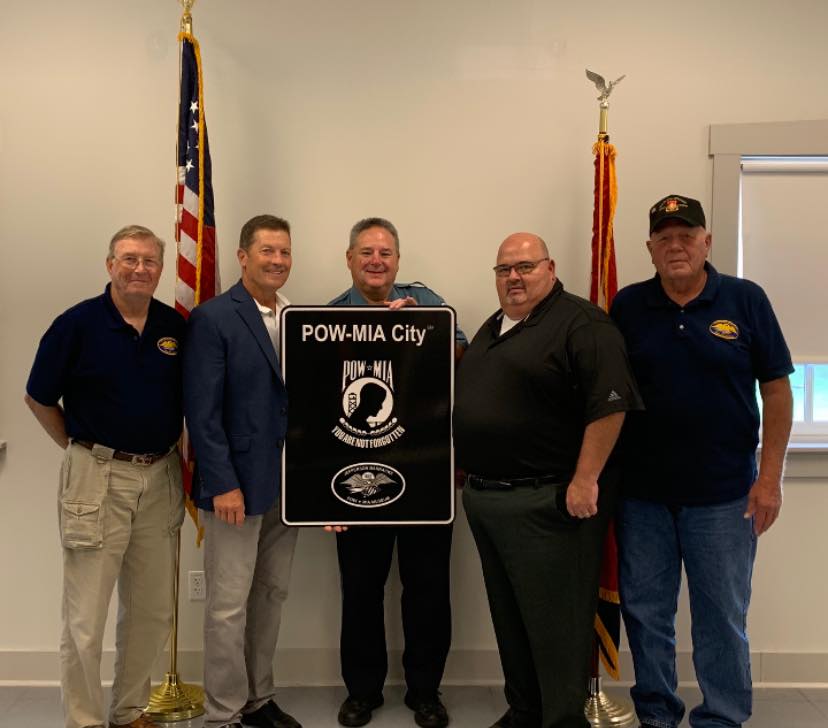 The mission of this executive committee is “reverently honor all who served our country in any branch of the United States military, who were captured by enemies of the United States, or who are missing in action, from any year and from any conflict.” As part of its mission the executive committee has established the “POW-MIA City” Program in an effort to raise POW-MIA awareness across the nation.

Mayor Lowery said in a statement, “Our dear Veterans are the cornerstone of our great city and we will never stop paying our respect and honoring the men and woman that served our country with pride, commitment and dedication. The City of Florissant traditionally has, and will always honor its veterans. We have a strong veteran community and Florissant acknowledges the great sacrifices they have made for all the freedoms we have today. Our city is proud to partner with the St Louis County Veterans Coalition to hold one of the biggest Veterans Day parades in the county that includes a tribute to our Veteran of the Year.

Each year Florissant hosts or sponsors numerous veteran events with one of “our many organizations such as the VFW, American Legion, Elks, and Eagles. In May VFW Post 4105 hosts an event called Proud to be an American where “we have dedicated two Walk Through History plaques.” Vietnam Veteran First Lt. Michael Blassie was originally buried in the Tomb of the Unknown Soldier until his remains were identified in 1998 and Vietnam Veteran Sgt. 1st Class Charles Prevedel whose remains were identified in 2003 and again in 2011.